With a contemplation that begins with the case of the Kalabsha temple in Egypt, Paky Vlassopoulou is composing in this new artwork, the ideas of monument and moving, of ruin and time.

Observing the procedure that the structure follows until it becomes a ruin, Vlassopoulou notices the gradual emergence of the material’s information, which during the glorious days of the construction remained a hidden element. The ‘’temporality’’ of the ruin is leaving it naked and at the same time it clashes with the non-temporality of the monument by creating a contradictory but common notion. The ruin reflects its own past and present, and the monument outlines the infinity.

Historically the relocation of a monument is not a common phenomenon. Nonetheless, whenever something like that happened aimed to the preservation of the very structure (Kalabsha temple, Aghioi Saranta church). In that same context, Vlassopoulou moves a Trojan Horse- monument – without moving herself. A Trojan Horse that is coming not only from a place that no longer exists but also from its own non-existence so as to be shaped by what the new condition has to offer. Structured on a table –finding of the space, this very Trojan Horse couldn’t have been born anywhere else. Such a monument, which for some is a threat or a shelter, should always go under the ‘’cloak’’ that will make the gates of every Troy to open, either for truce or for war.

With the installation Cause love is such an old-fashioned word (Δούρειος Ίππος), Paky Vlassopoulou welcomes the present keeping everything that is useless.

All photos by: Stathis Mamalakis 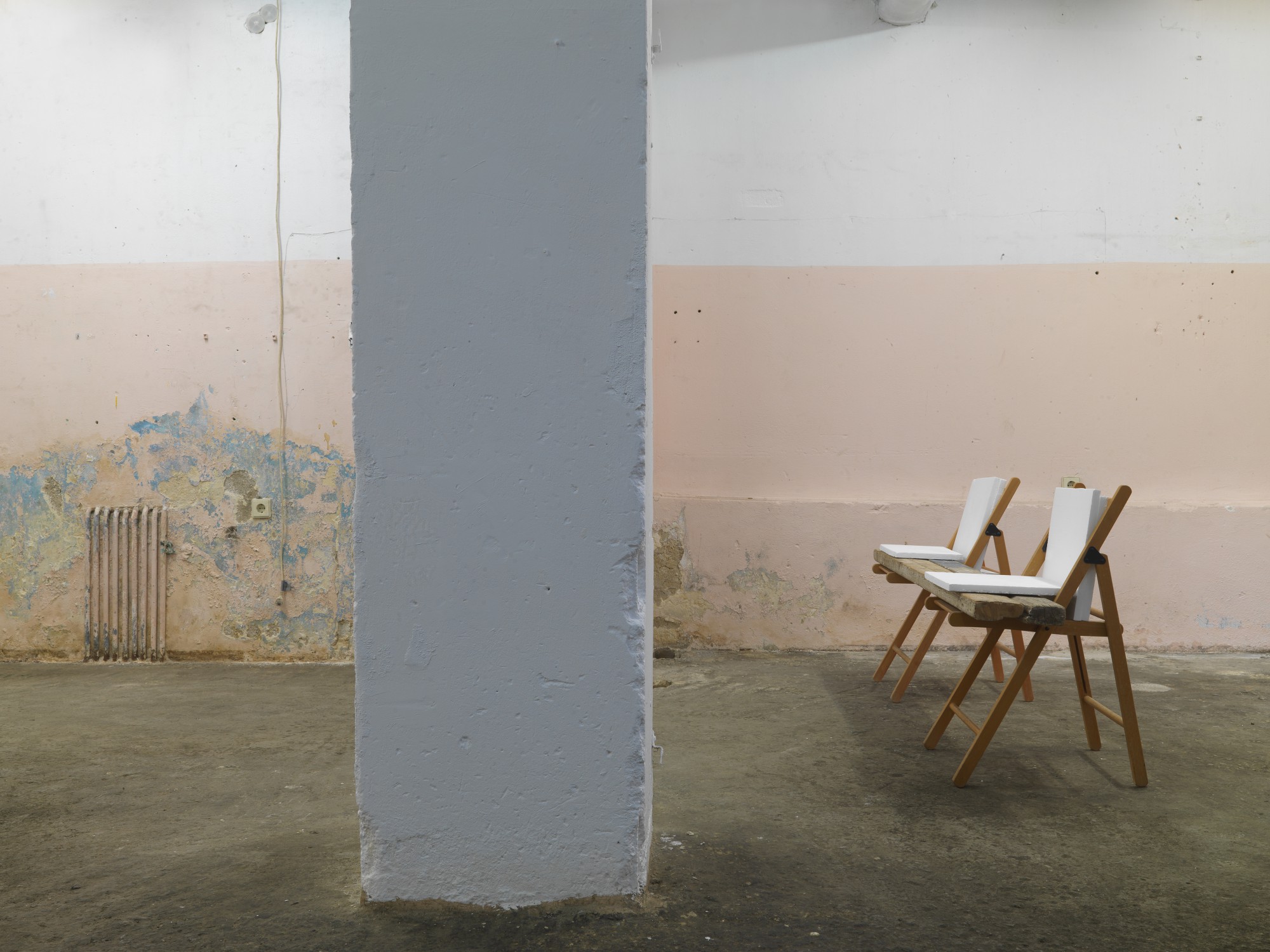 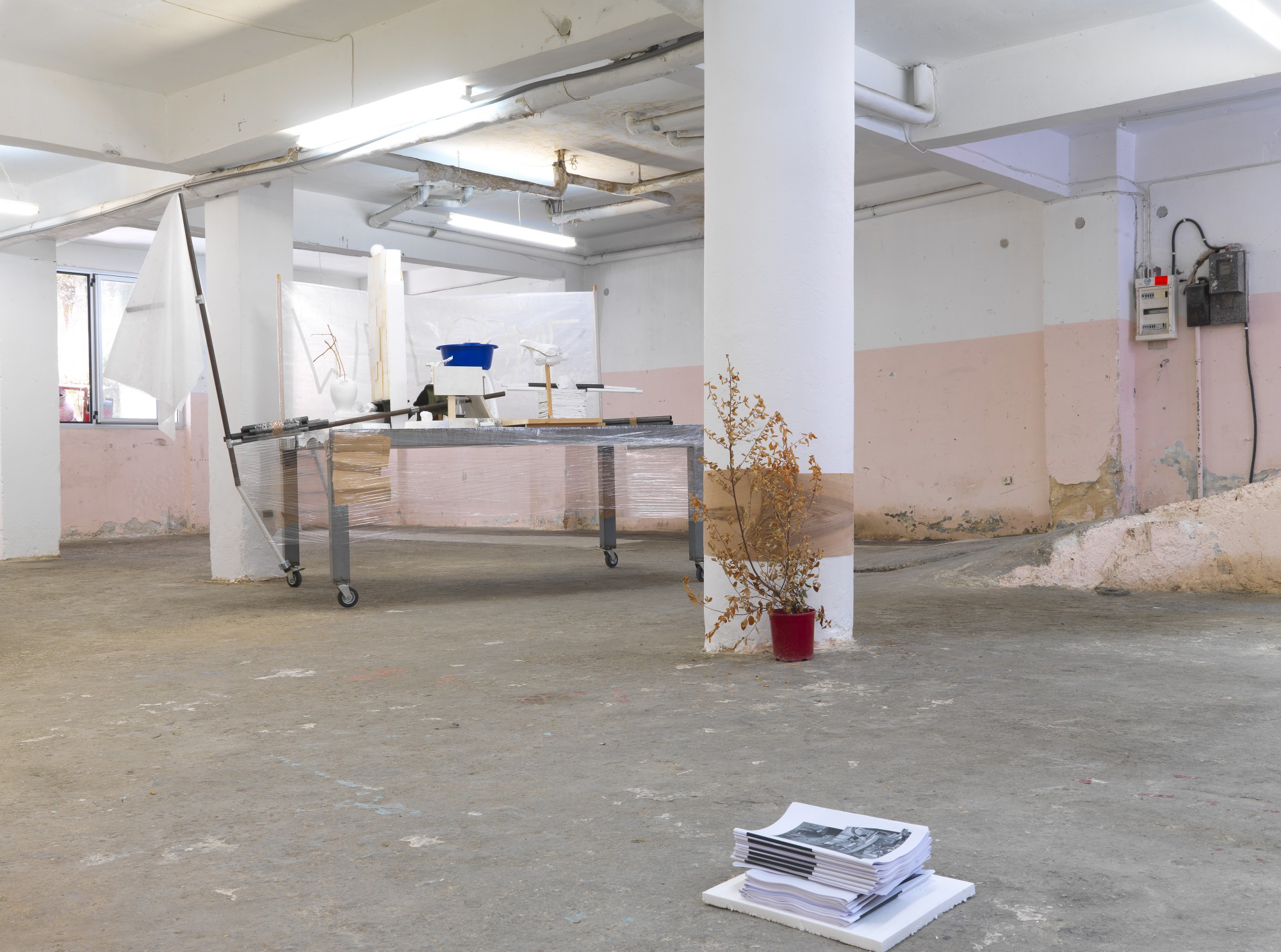 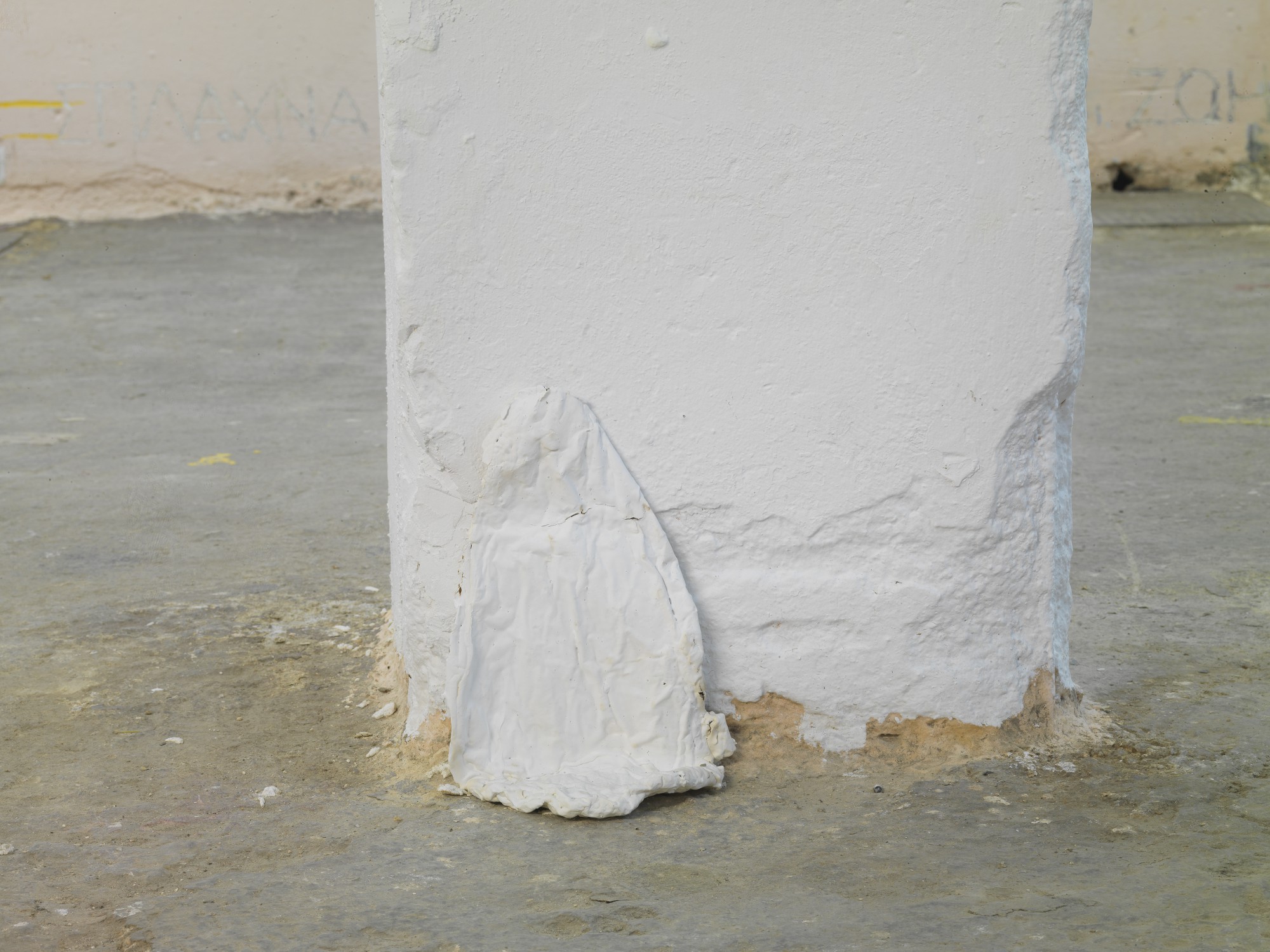 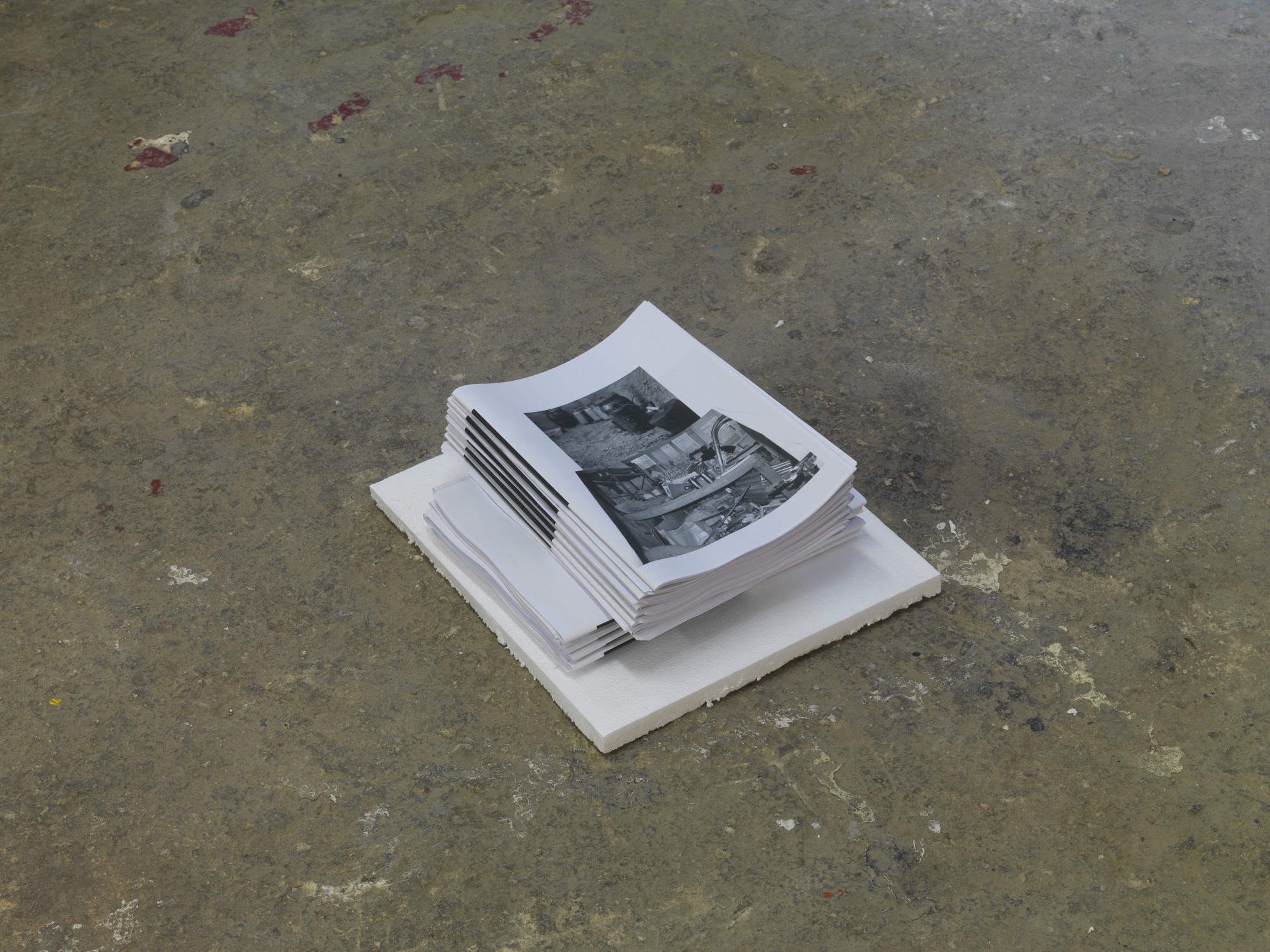 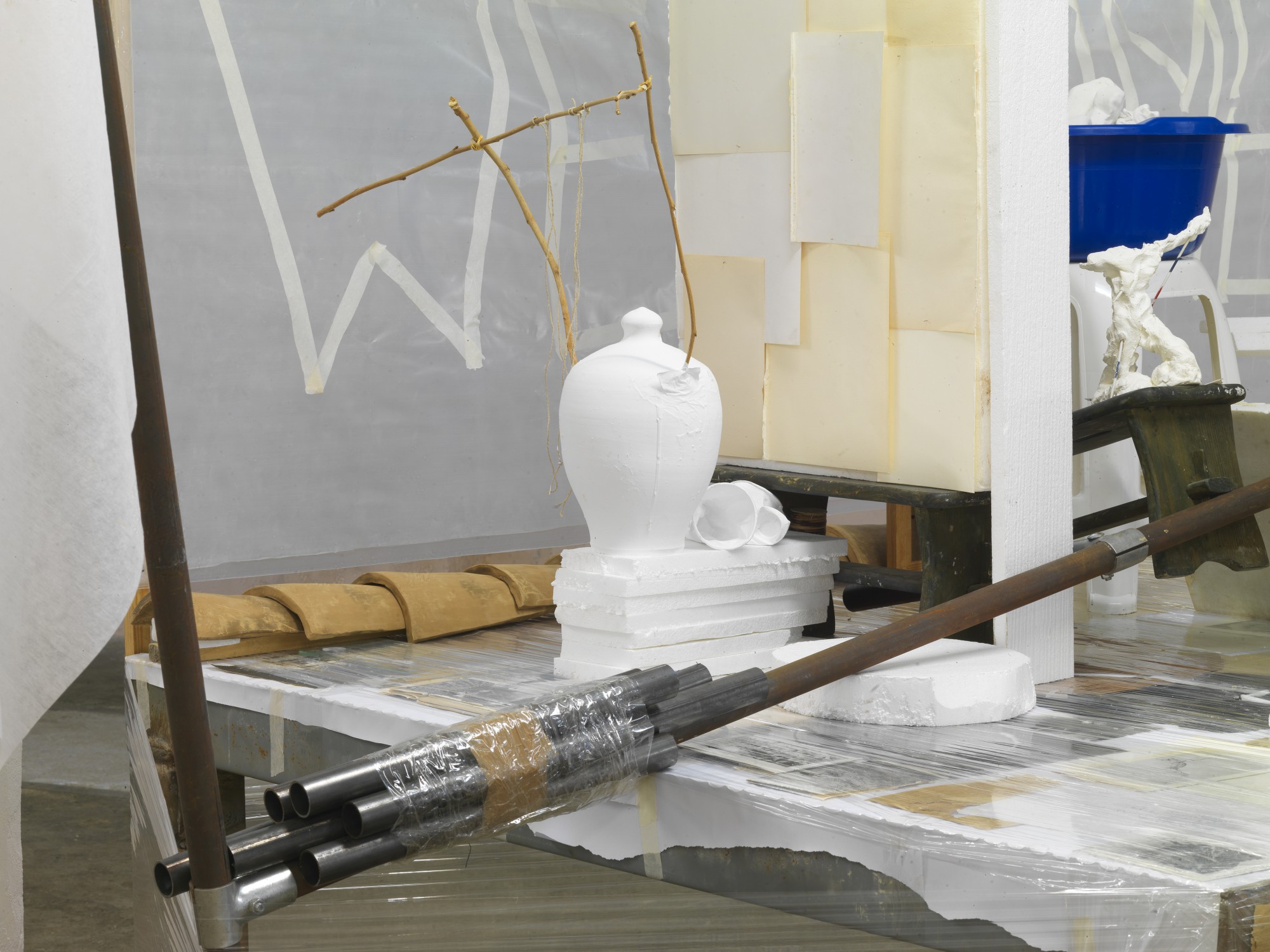 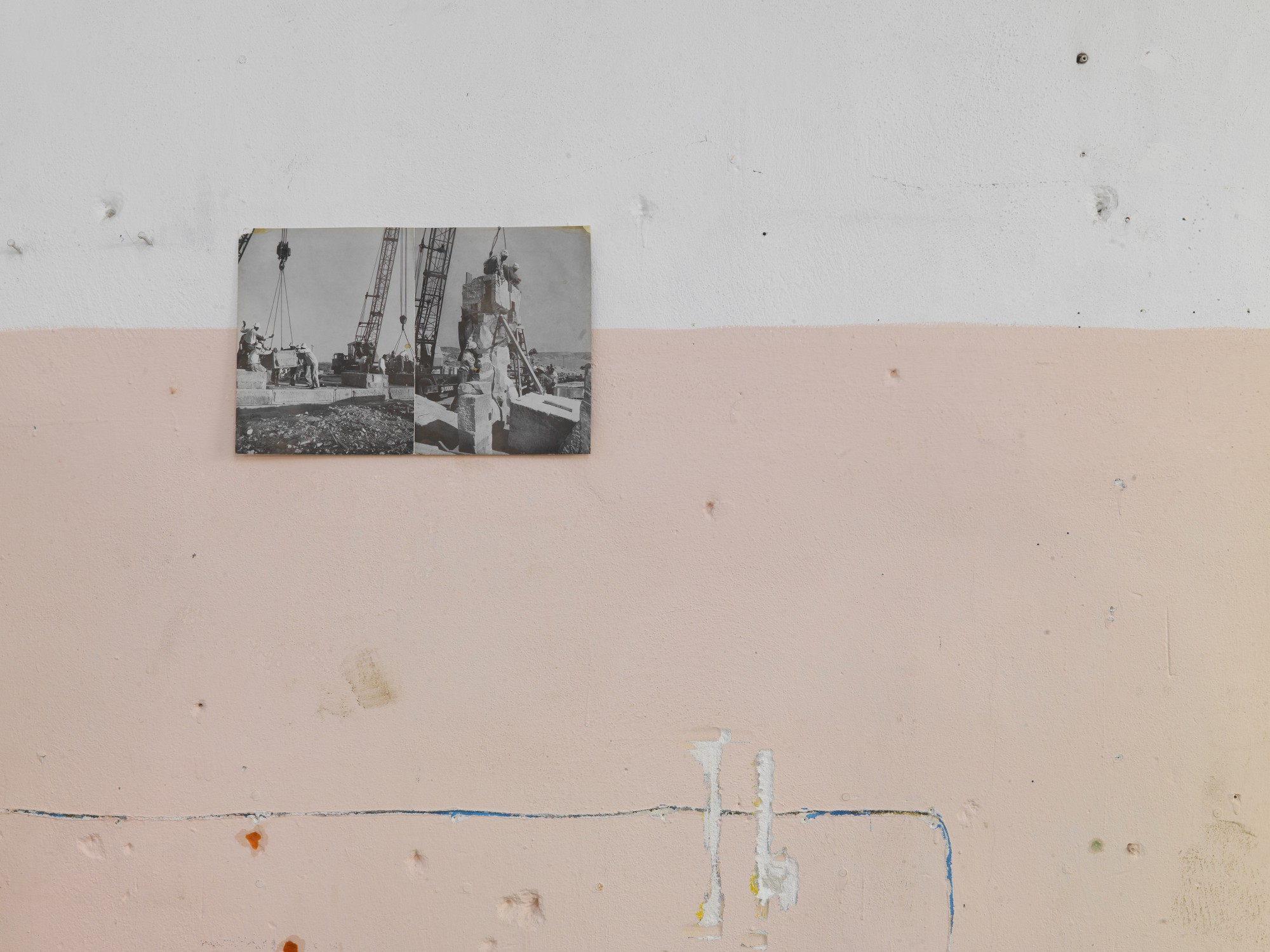 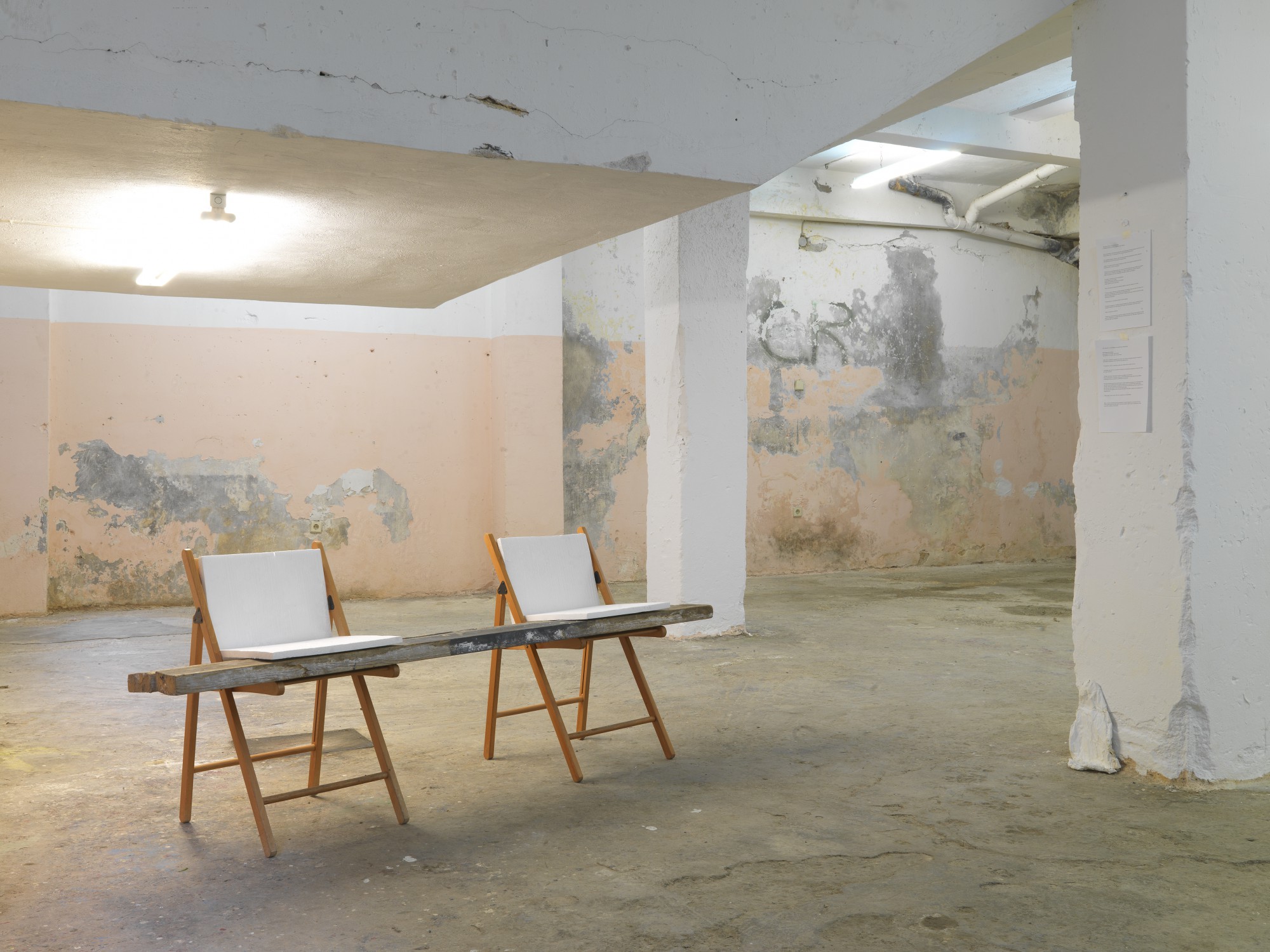 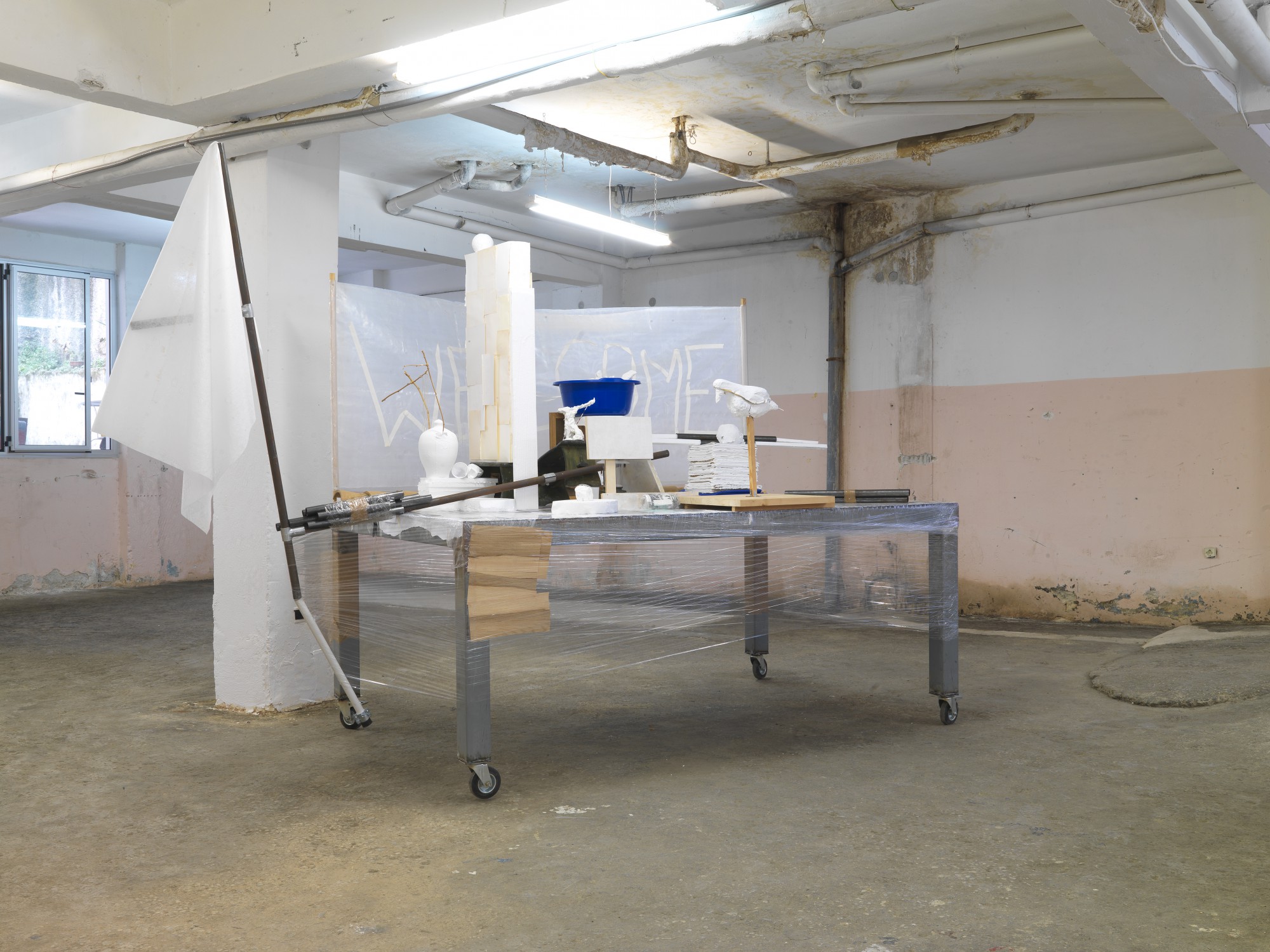 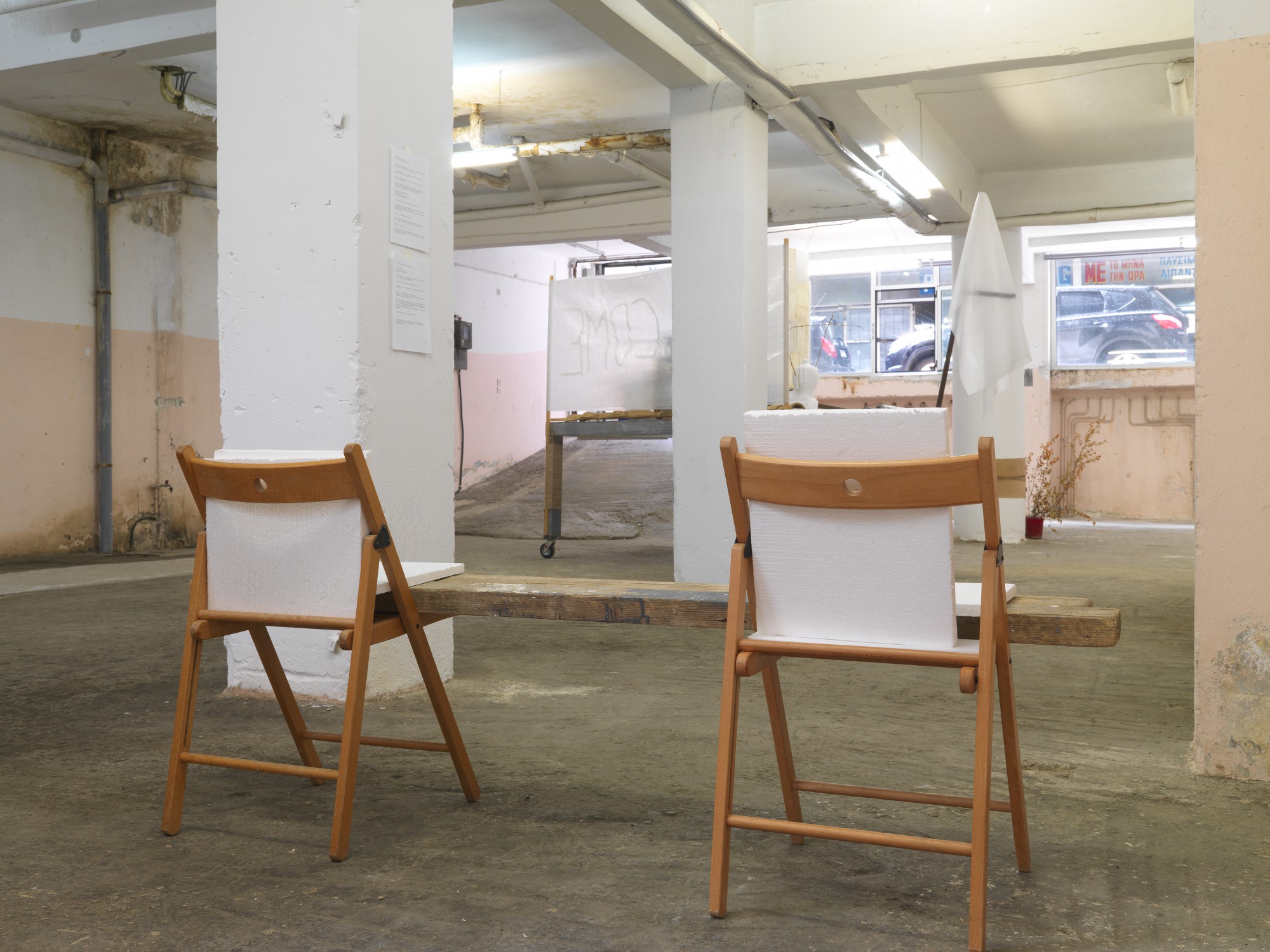