Enterprise Projects is excited to present Counter (-), an installation by Michailangelos Vlassis – Ziakas.

Counter (-) approaches the act of Electrical Power Theft using the “tools” of documentary. Through a series of videotaped interviews –a result of many years of artistic research– Vlassis – Ziakas discusses the political dimensions of individual and collective interventions in the electricity network as well as the motivations and the nature of their application, ranging from an inability to repay bills to a conscious ideological attitude and from opportunism to an act of solidarity.

The axes on which this attempt of recording, analysis and approach moves are constantly alternating through different presences. The technique itself, its transformation into knowledge and its way of dissemination, the selection and subjectivity in the colouring of the act, as well as the understanding of the respective context co-form a polyphonic ensemble.

The interviewees are asked to cover their faces in any way they wish in a process not only of concealing their identity but also of consciously representing their socio-political self in the context of the interview. The meaning of the disguises, which passes through the prism of the act, “unlocks” new views, trends, origins, and arguments.

Counter (-) does not seek a conventional depiction of the Electrical Power Theft phenomenon. Instead, beginning with the mapping of a network of actors, it deals with the various ways in which subjects choose to make sense of a delinquent act, to form a political and moral discourse around it, and to represent themselves in the context defined by the interview.

Michailangelos Vlassis-Ziakas (b.1987) is a visual artist based in Athens, Greece. He studied painting at the Athens School of Fine arts (2007-2012) and completed his master studies on the domain of museology at University College London Qatar (UCLQ) in 2015.

His work comprises moving and still images, audiovisual installations, and edited archives, while he keeps up with the latest developments in the fields of social sciences, political theory, experimental cinema, and documentary. He participated in various group and Biennale exhibitions in Greece and abroad.

According to the new measures, in the space of Enterprise Projects are allowed to enter people holding a vaccination, a recovery or a rapid test certificate.
Protective mask is obligatory in the space. 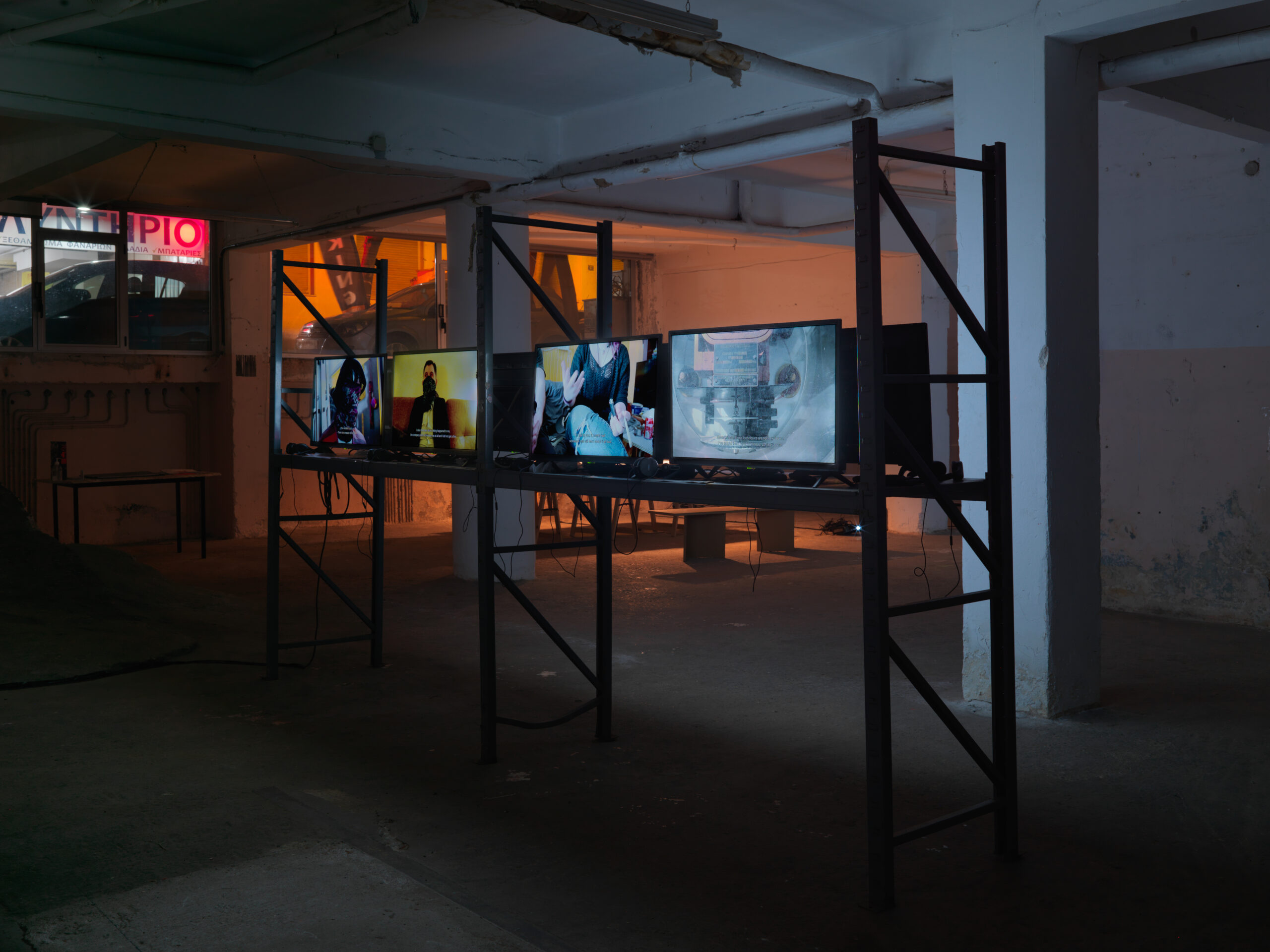 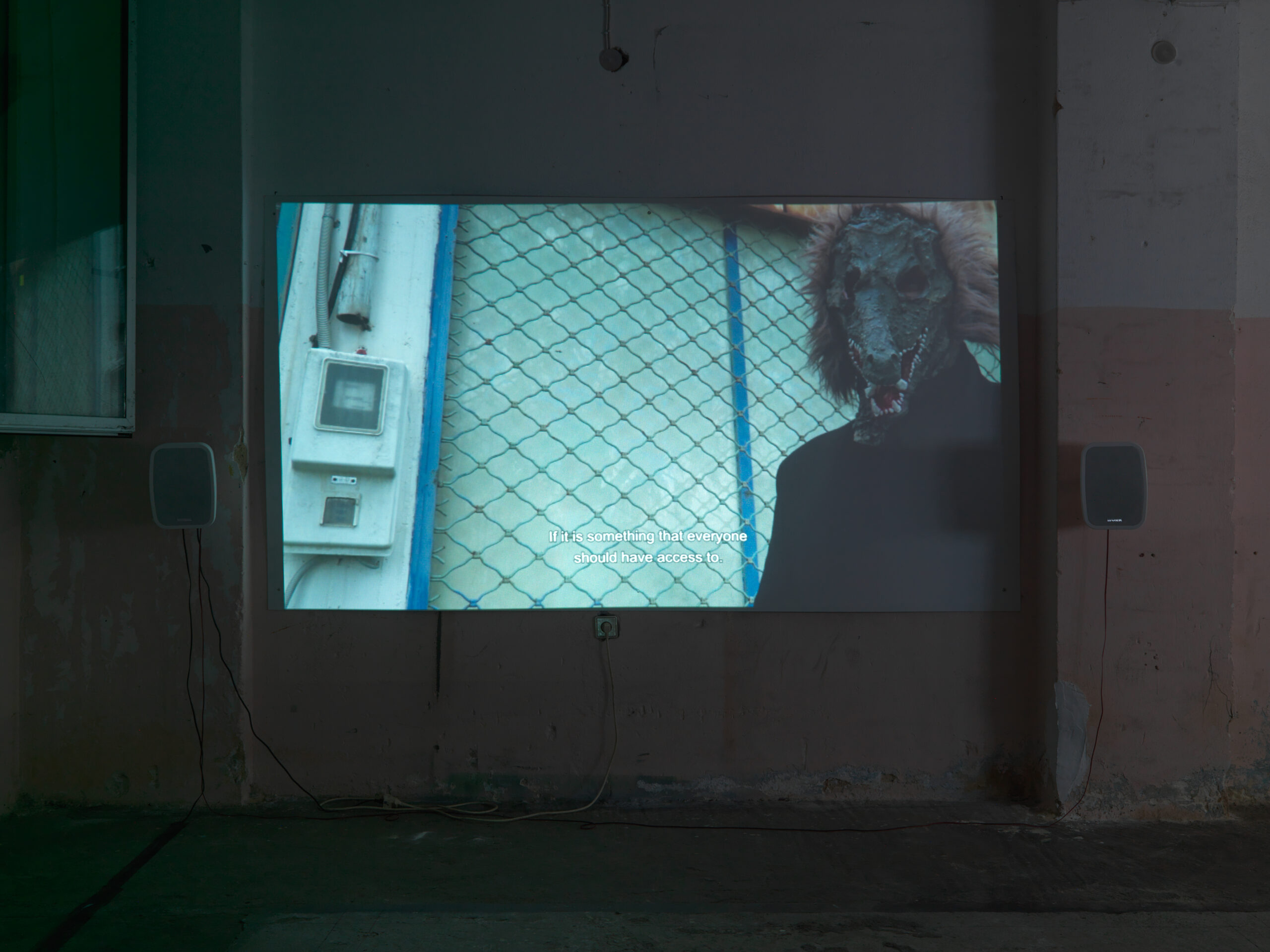 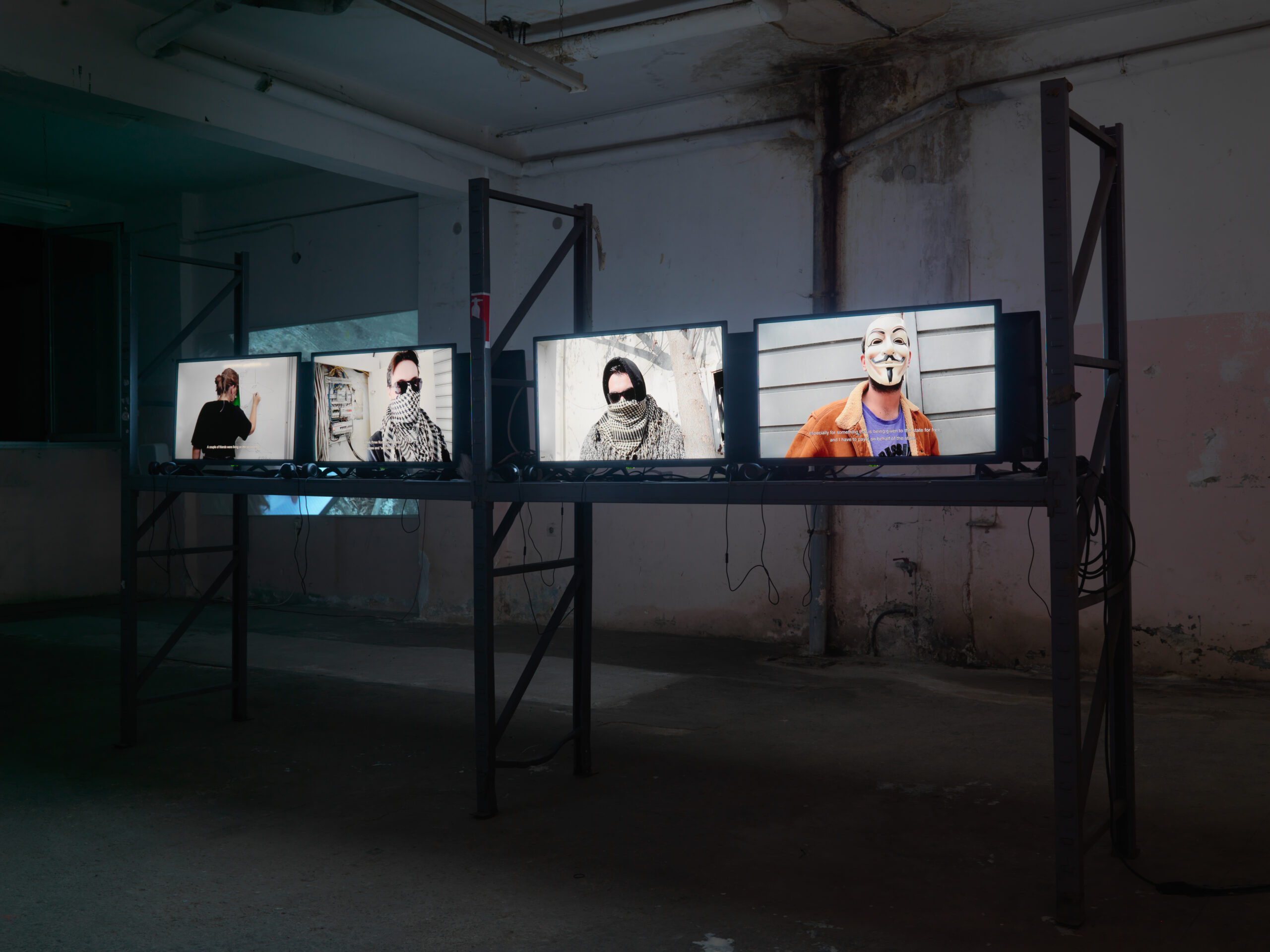 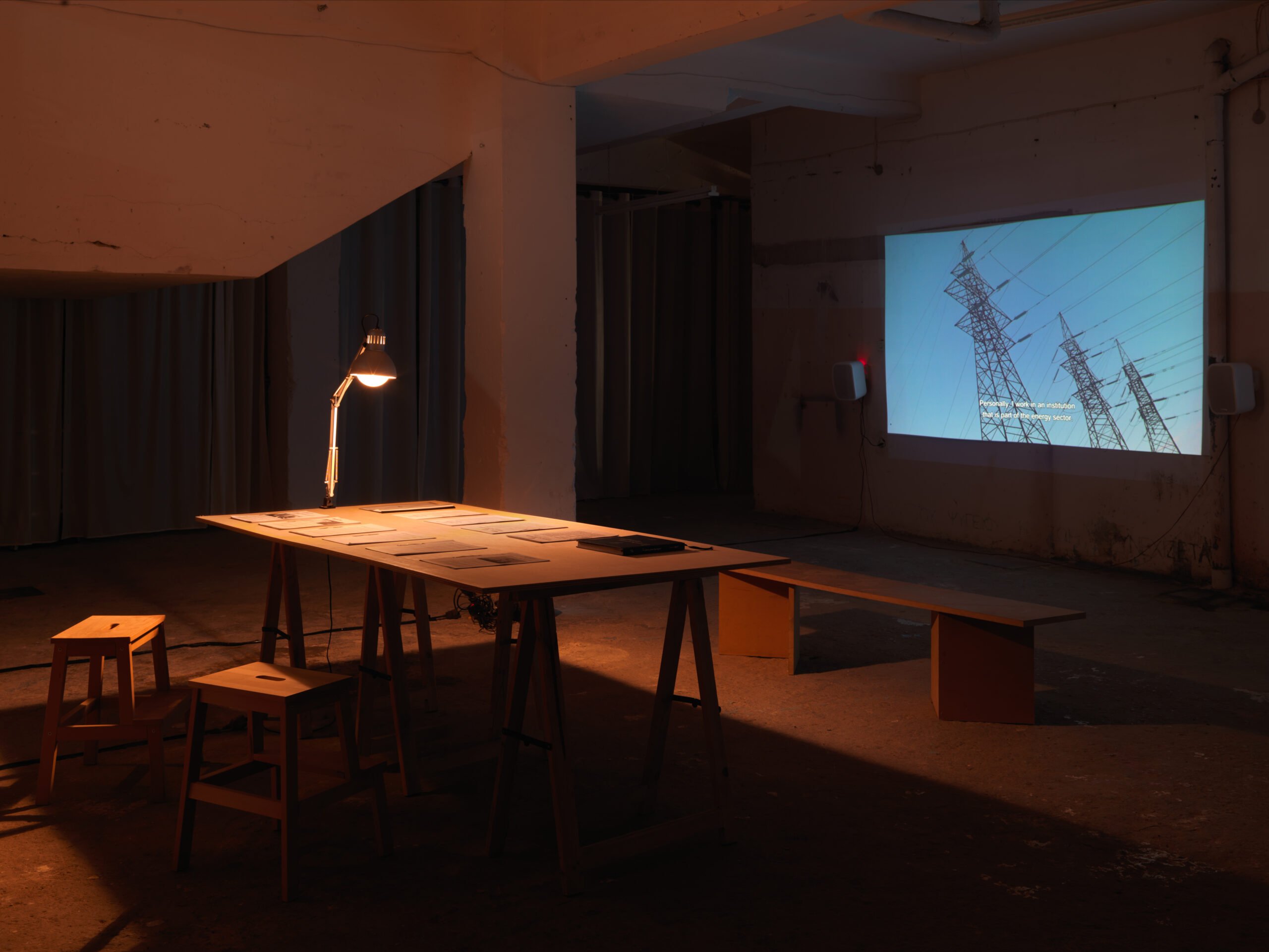 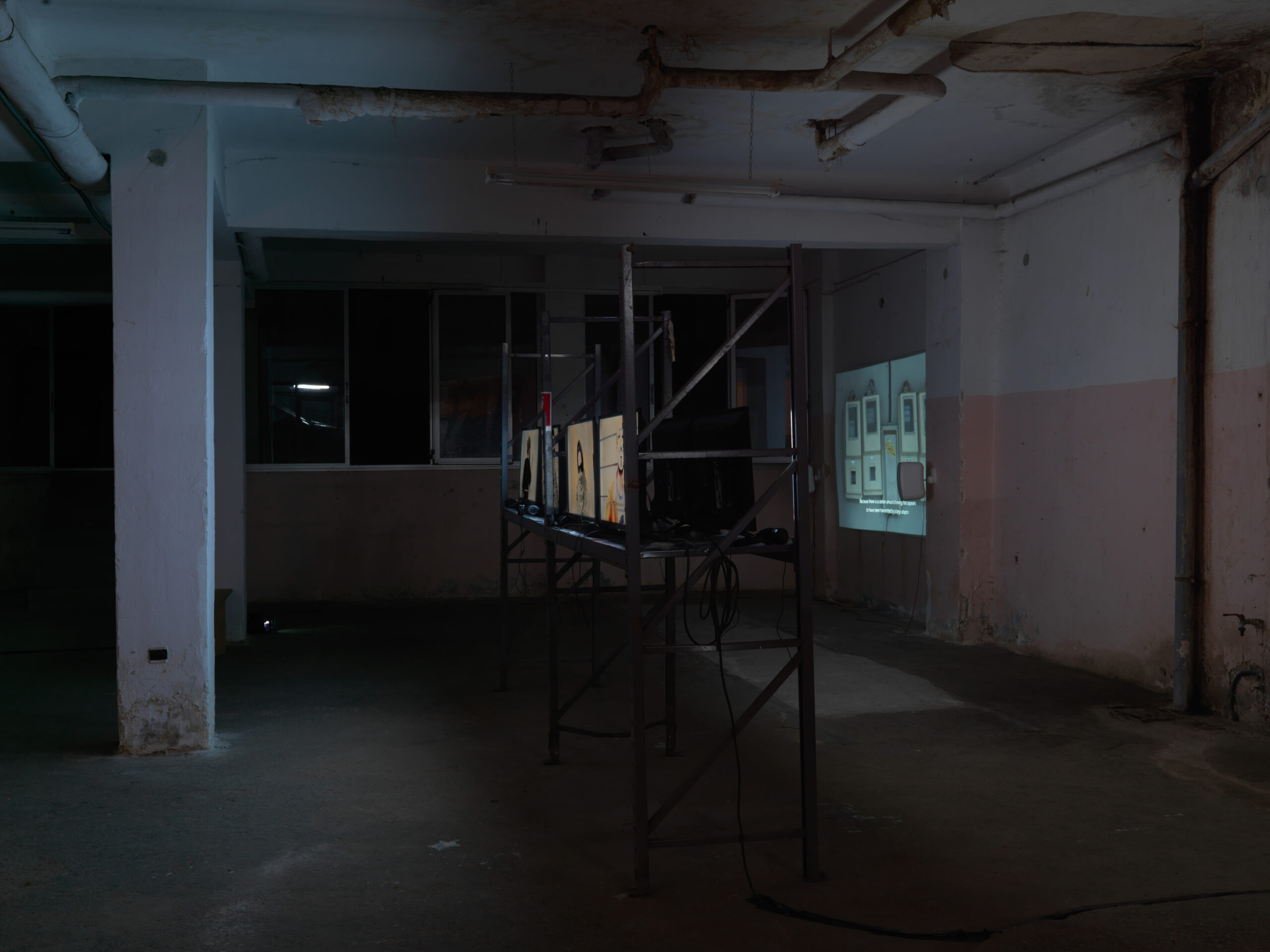 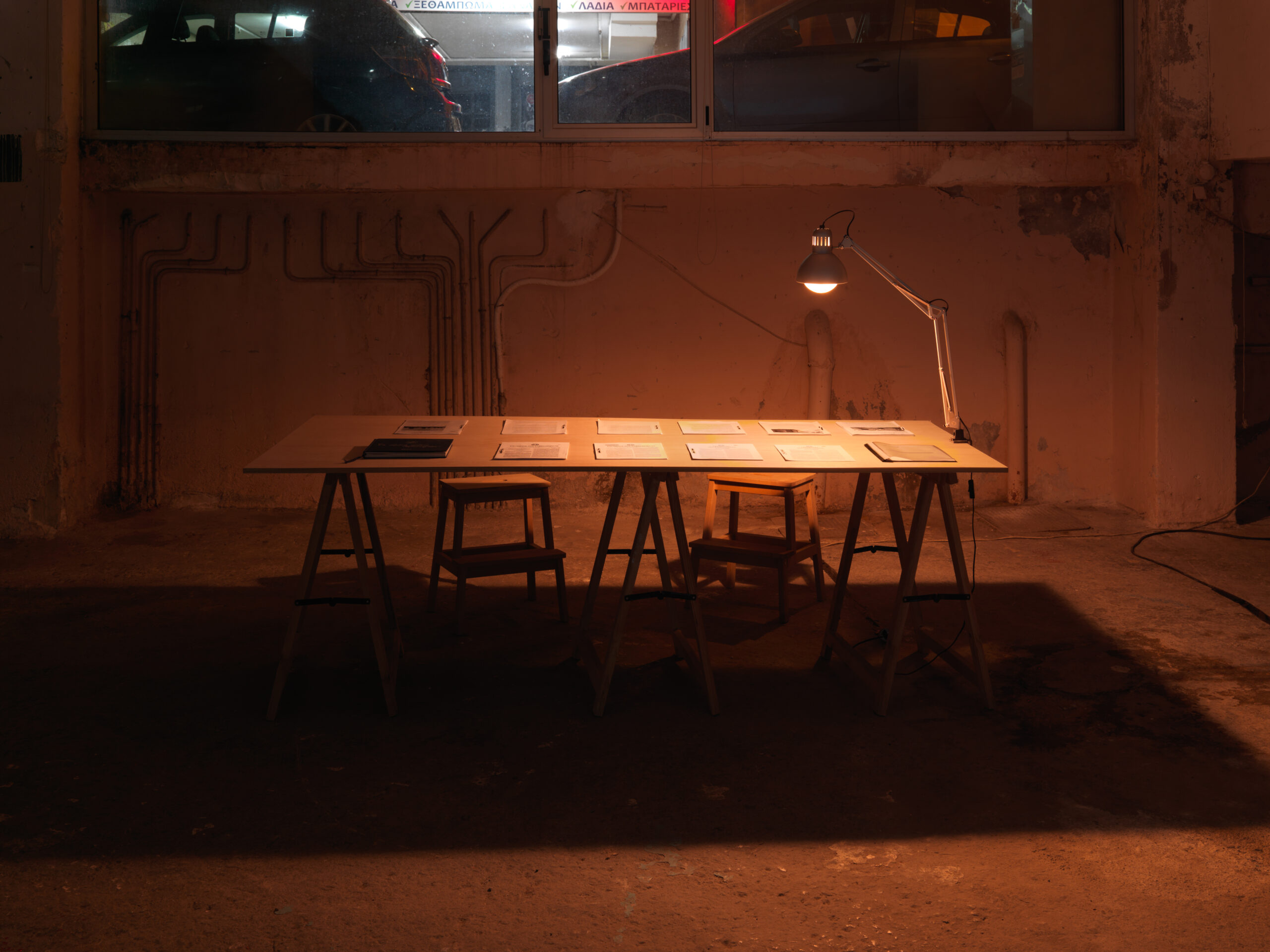 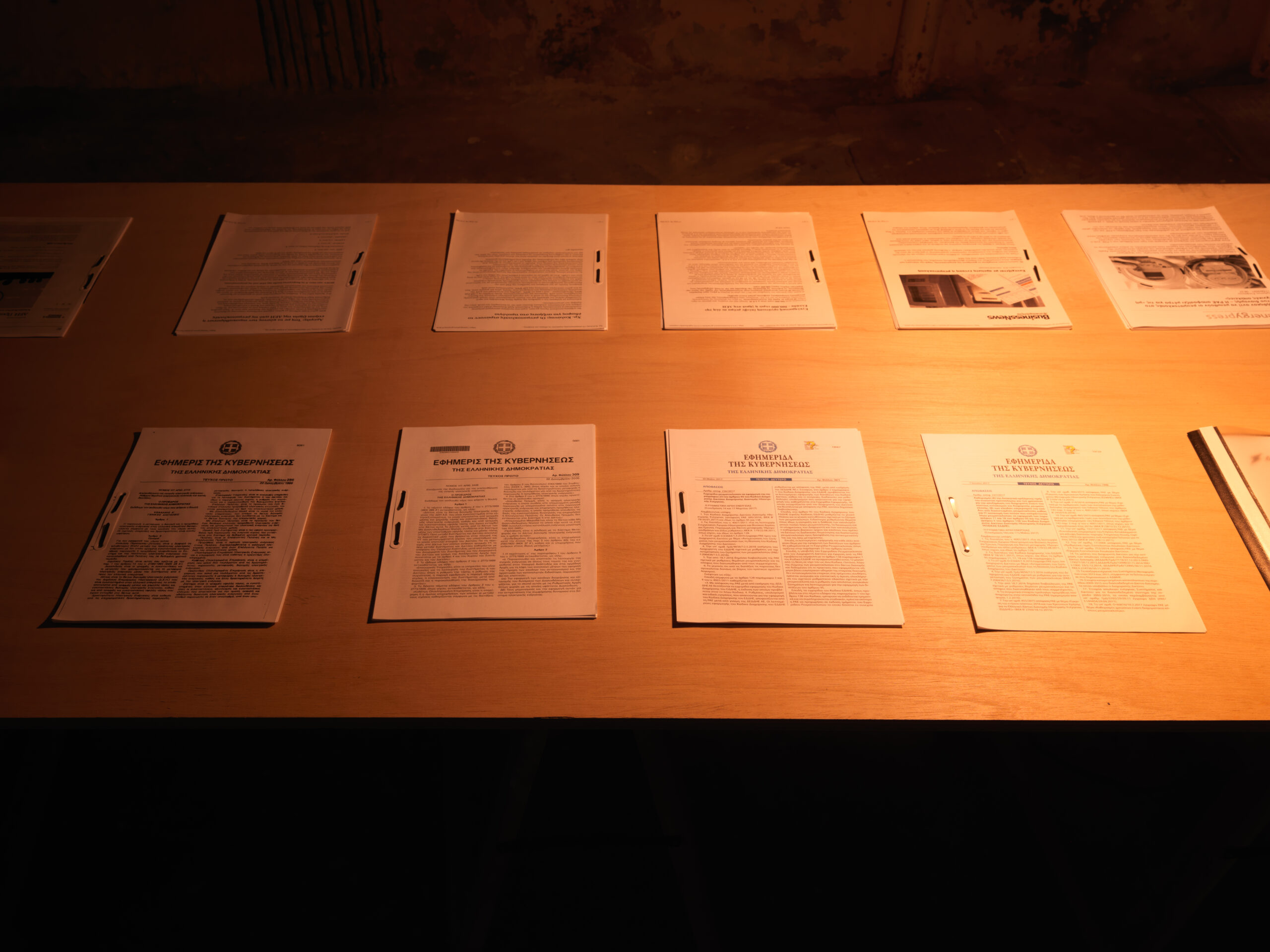 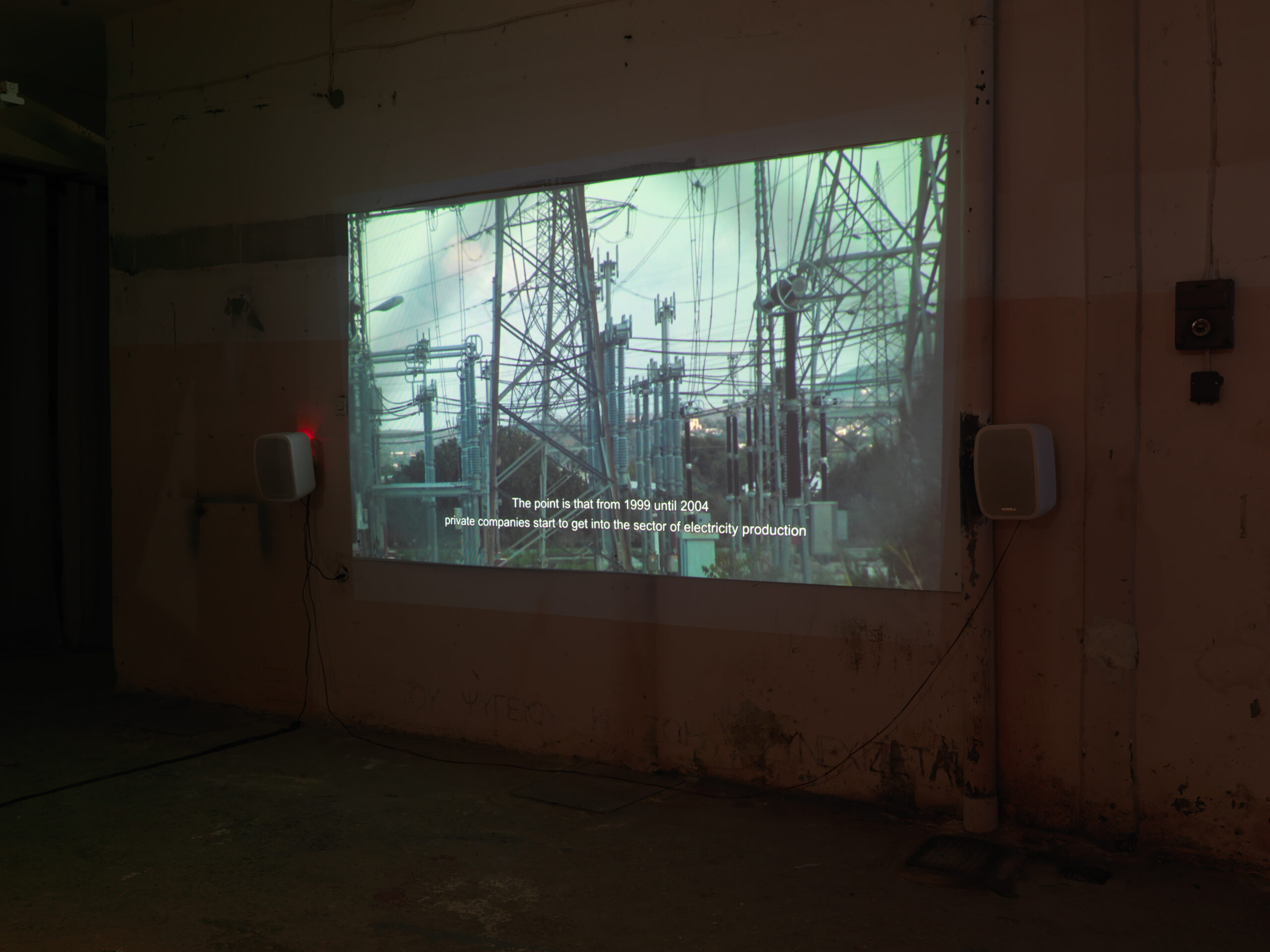 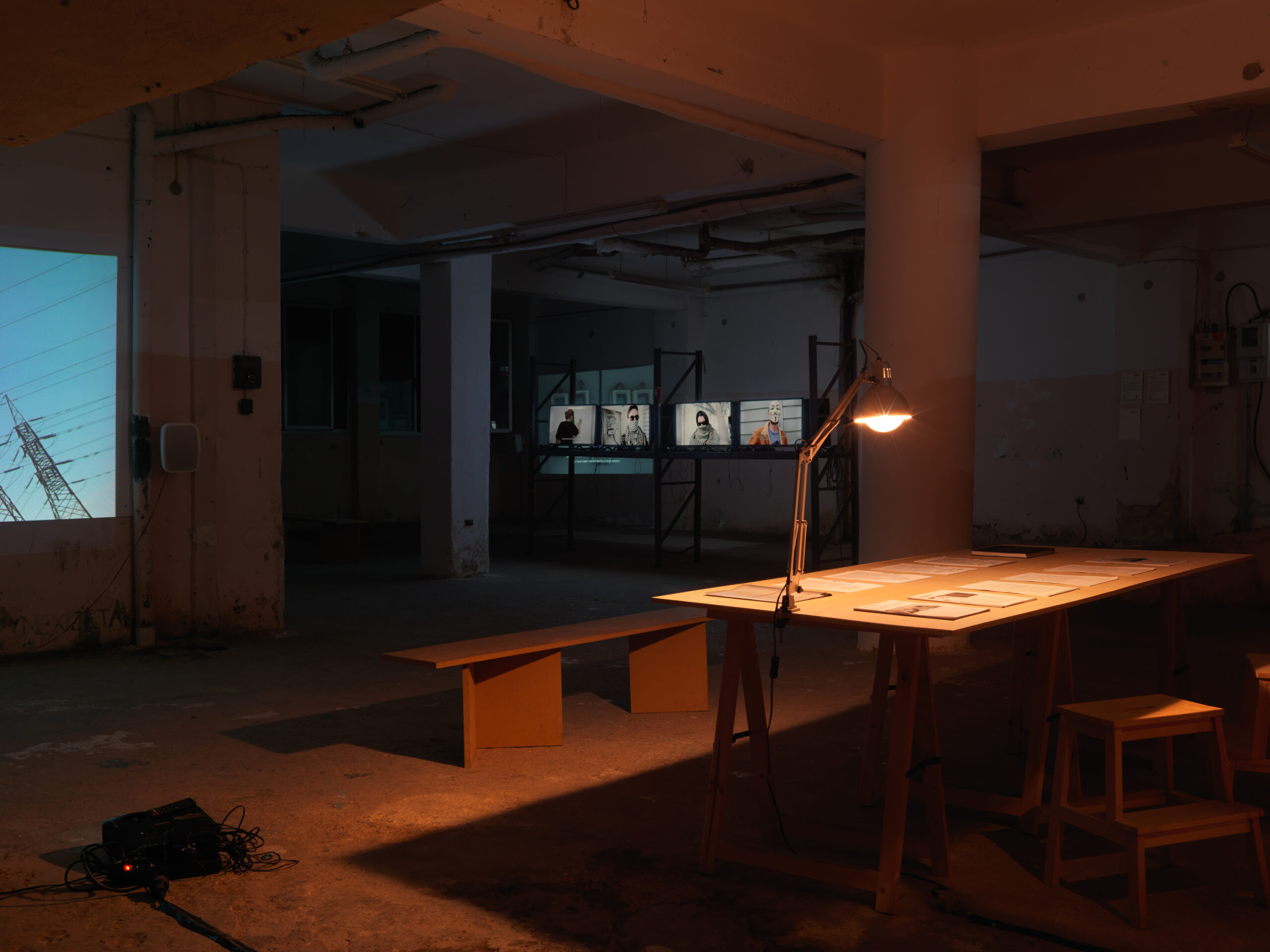 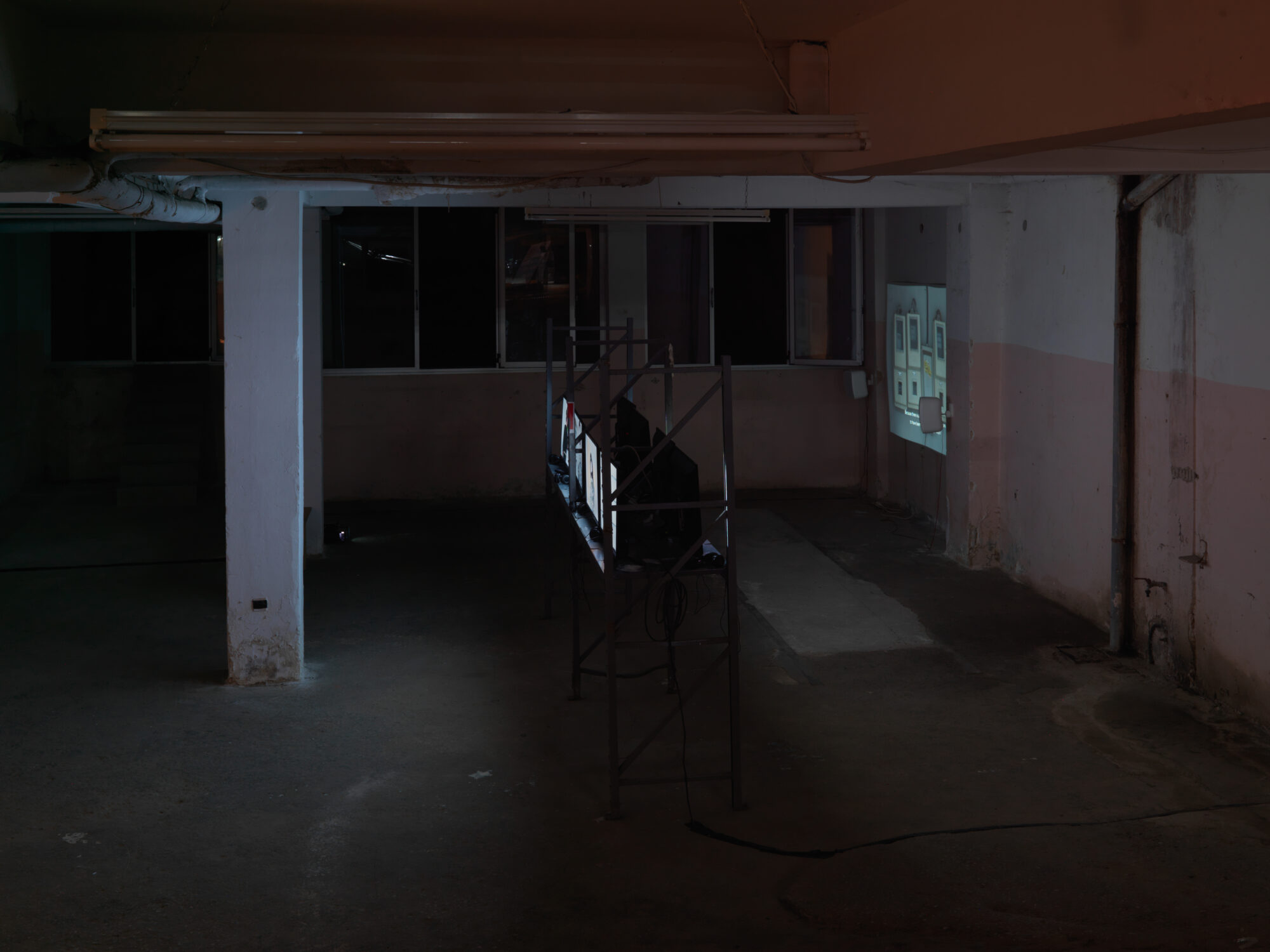 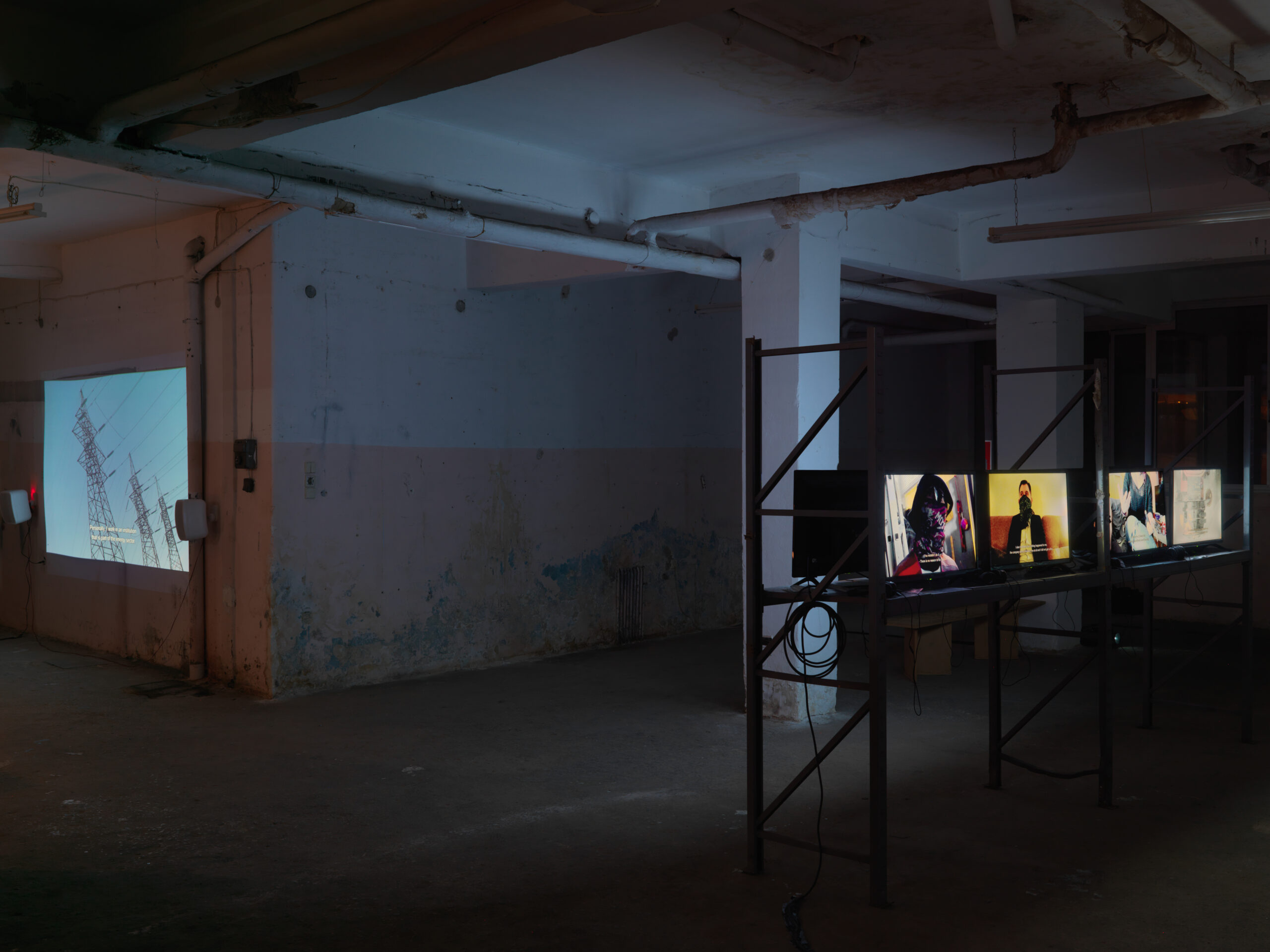